A landmark structure in Moscow is once again the focus of a preservation campaign aimed at preventing an icon of Constructivist architecture from degrading or being demolished. Often referred to as "Russia’s Eiffel Tower," the 50-story Shukhov Tower, a post-Revolution building Lord Norman Foster has called a work of "dazzling brilliance," has been added to the World Monuments Fund’s Watch List for 2016. A petition to save the tower, as well as two days of action in the Russian capital on March 19 and 20 planned to coincide with the structure’s 94th birthday, have been organized by a coalition of preservation and arts organizations.

"We recognized the need to continue to support the tower," says Kathryn Doyle, a program assistant at the World Monuments Fund. "We wanted to keep that momentum going. Even though plans to demolish the structure were halted, it didn’t necessarily mean the tower would be protected forever." 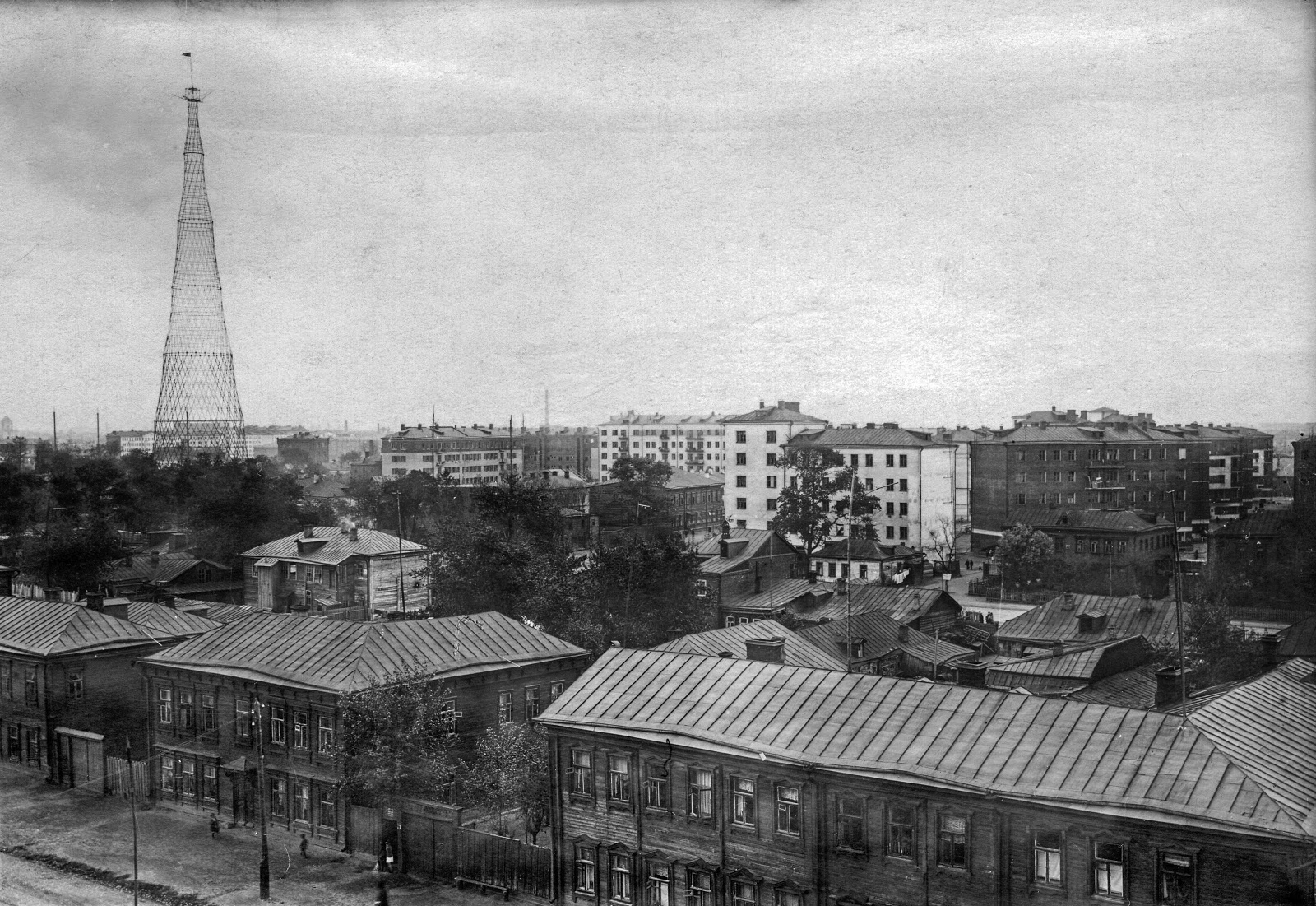 A historical view of the Shukhov Tower, a few years after its construction in 1929. Via Schusey State Museum of Architecture/World Monuments Fund

Designed by structural engineer Vladimir Shukhov and finished in 1922, the 525-foot-tall hyperboloid structure was one of the tallest in the world at the time, a potent symbol of the explosion of Constructivist art and culture in Russia in the 1920s and ‘30s. The elegant latticework design, which has been compared to a folding telescope, was commissioned by Lenin in 1919 to spread the news of Communism around the world. Doyle compared the unique structure to the St. Louis Arch, another symbol of modernity, progress, and advanced engineering.

The WMF’s efforts, part of a collaborative campaign with Docomomo Russia, the Shukhov Tower Foundation, and the Constructivist Project, aim to find a more permanent solution for the aged structure, the focus of a petition and campaign in 2014 that drew support from architects around the world, including Tadao Ando, Elizabeth Diller, and Rem Koolhaas, and prevented it from being demolished. The steel tower has local landmark protection at the city level, and is supposed to be repaired by its current owner, the Russian State Committee for Television and Radio Broadcasting. But the government claims it doesn’t have the resources and won’t invest in repairs. The tower, which sits in an historic district, also offers a valuable target for developers, since Moscow law says new buildings in these areas can only be as tall as the ones they replace. A demolished tower, in other words, presents real estate investors with a blank slate for a 50-story tower, a project The Guardian estimated could be worth upwards of $440 million.

"If you just let it be it’s only going to get worse," says Doyle. "If you’re not doing any work to protect what’s there, it’ll collapse or degrade to the point where it needed to come down."

The watch day events, scheduled for March 19 and 20th at the Avant-Garde Center (24-2, Serpukhovsky Val, Moscow), include tours, a press conference, an Instameet (using the hashtag #2016WMWatch and #ShukhovTowerWatchDay), and film screenings about engineer Vladimir Shukhov.

Next Up In Historic Preservation