The trick is to constantly add and peel off

At 1,500 square feet, the 1920s Craftsman bungalow Mandi Smethells shares with her husband Jack and four-year-old daughter Madeline in the Como Park neighborhood of St. Paul isn't exactly "tiny"—in our current era of tiny house mania, anyway. But it is objectively small, especially when most of that space is consumed by the basement and sloped-ceiling attic. This is the story of how they make it work.

Smethells, a Room & Board Design Associate by day and creator of gorgeous handwoven wall hangings at Smoothhills Weaving the rest of the time, moved into the home with her family three years ago from Michigan, after picking out the house in just one weekend. The only renovation at the outset involved finishing the basement and applying fresh paint jobs, but given Smethells' vigorous creative side, the sprucing up has just begun.

Smethells describes her style as "eclectic," as she's influenced by both the textiles and colors she works with in weaving, as well as the contemporary furniture at Room & Board—a teal velvet sofa from the modern furniture retailer is an eye-catcher in the living room and Smethells' favorite spot in the house. "I do tend to be more of a maximalist—I really enjoy layers...but I'm always trying to peel off some layers." 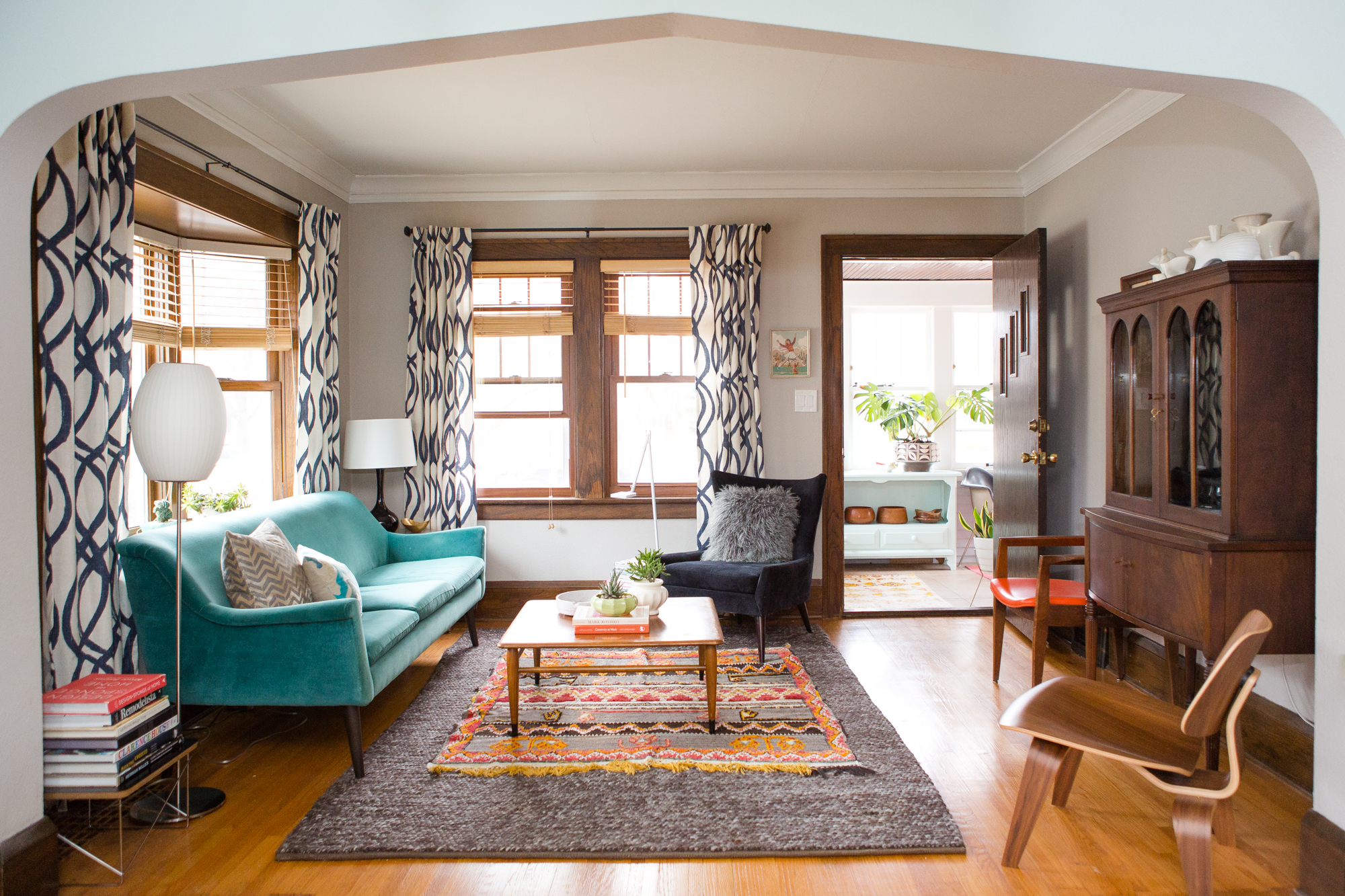 One way this approach manifests is through her wall hangings. They're everywhere: the two bedrooms, the guest room and studio in the attic, the porch, the hallways. "Sometimes they hang for just a period of time, and then they go away when they get sold or I rotate out different pieces just to kind of study and reflect on maybe what I would have differently," Smethells explains. The one piece she has committed to keeping is the one in her daughter's room. "The colors are just the colors she loves, which are light blue and pink, and she has claimed it."

Furniture, though, is a lot trickier to deal with. Smethells admits that a smaller house definitely limits you in your furniture options and will pose a lot of challenges as far as arrangement. "But you know, I'm never afraid to change something if it's bothering me," she says. 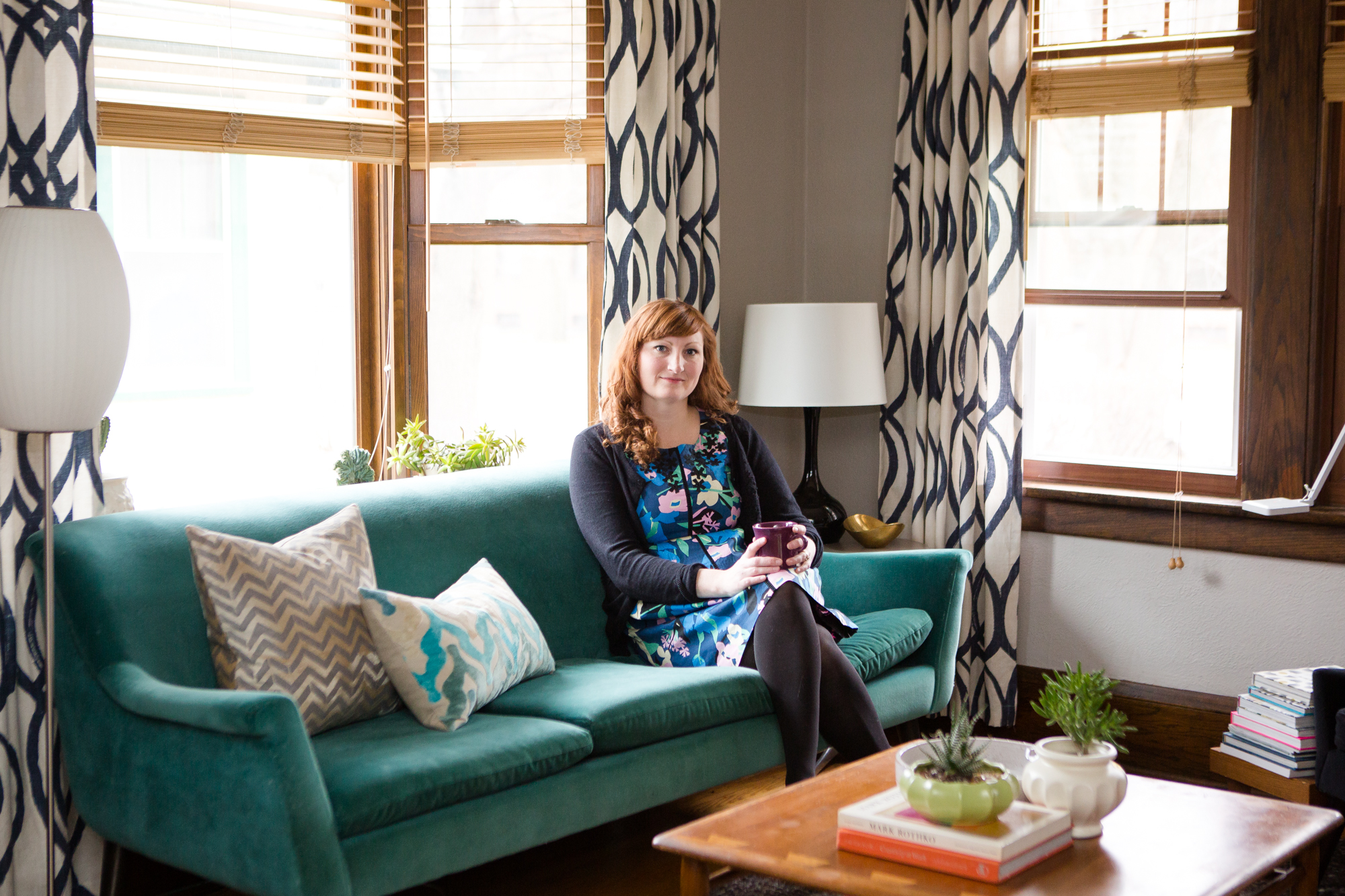 Nowhere has this more true than in the "itsy bitsy" kitchen, which clocks in at just 10 by 10 feet. "It's very small, and it doesn't flow, and it's probably changed the way that I prepare food in a negative way," says Smethells. You can, for one, tell how compact the space is by how far the sink—which Smethells says is not really a farmhouse sink, and certainly not much bigger than a regular sink—juts out from the counters. By "negative," Smethells mostly means she has had to cut back on cooking or baking elaborate recipes just because there is so little surface space counters, so cooks and bakes less elaborate space just because the surface area to work with. 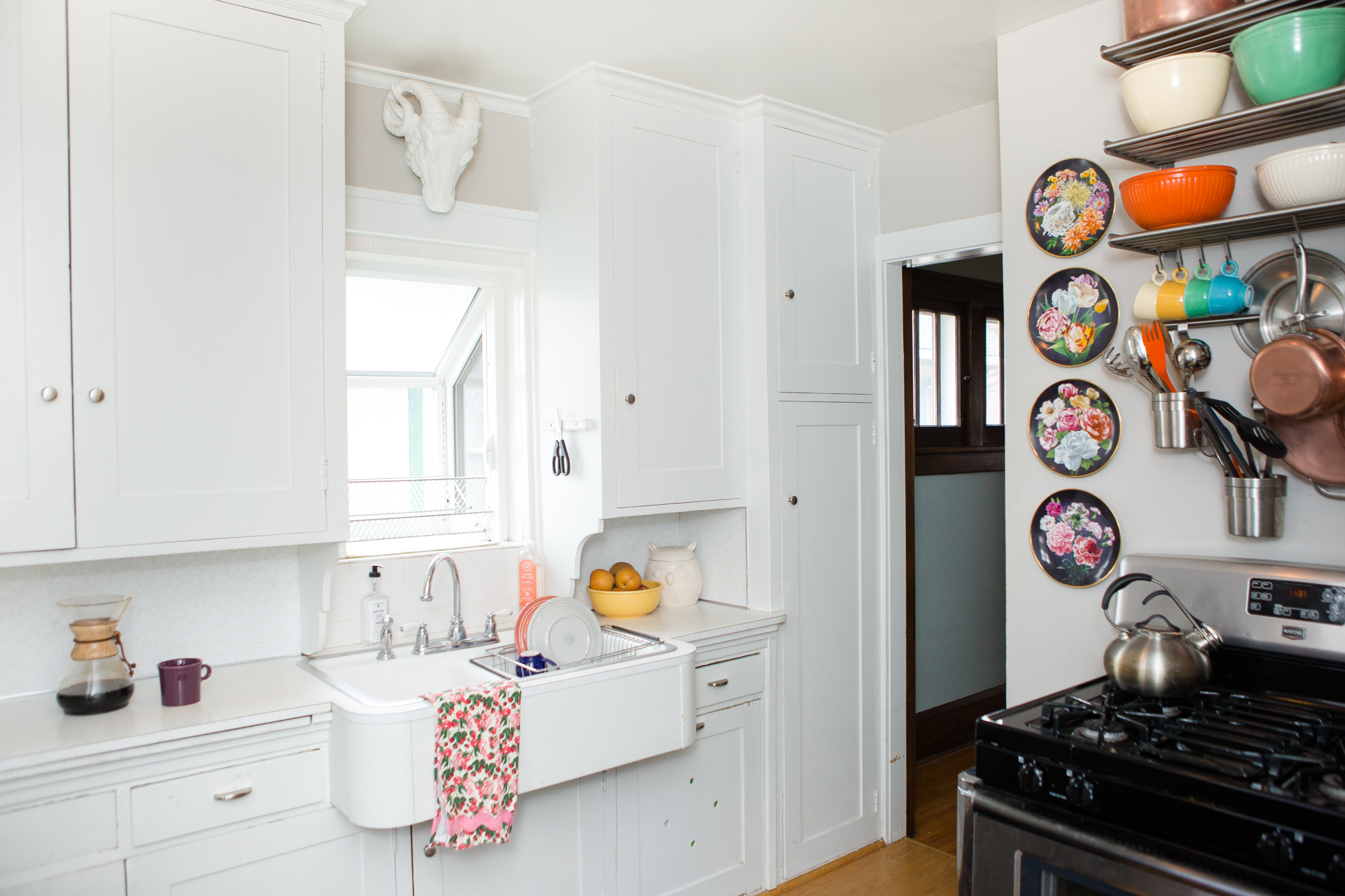 She remembers why she and her husband were okay with the tiny kitchen though. "We saw so many bungalows where they remodeled the kitchen maybe in the '80s and '90s and it didn't really go with the architecture of the home." Plus, a smaller kitchen is way easier to clean.

But one thing that had been a problem since day one was the area by the window, where there was originally an attached table with chairs. "It felt too large, we weren't going to eat in the kitchen anyway so we took it out right away." Then they tried a cart, but that didn't really offer any extra storage. Then came another table, but it was still silly since they never sat there. Finally, in the last six months, Smethells got a hand-me-down piece from her mother, a light blue console that finally worked—it had the right proportions and added a bit more usable space (see a shot of it on her Instagram account here.) 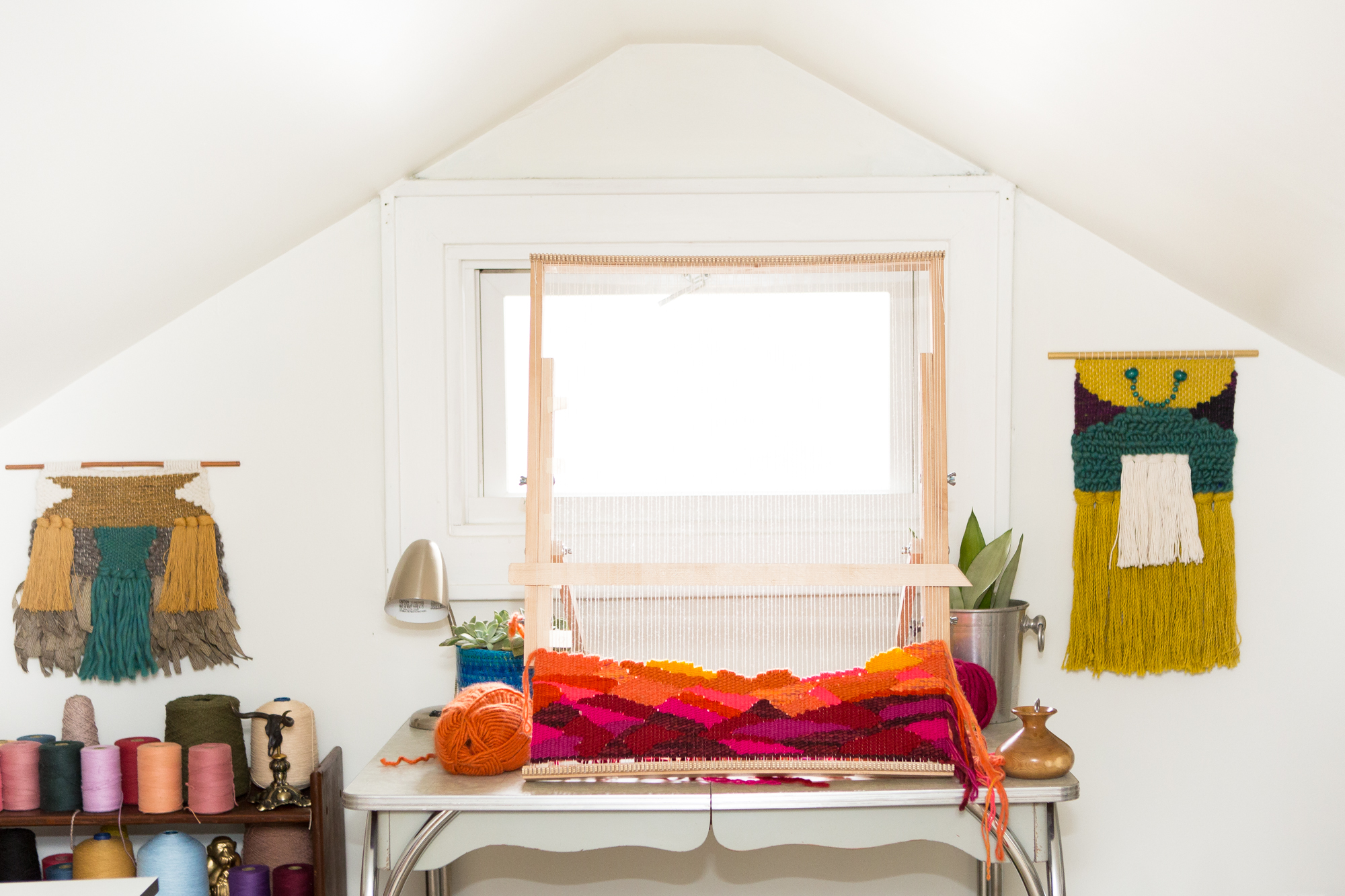 This theme of adding and peeling away reached new heights recently, when Smethells completed a big home purge, and sold off or gave away a bunch of stuff. She wasn't thinking of decluttering queen Marie Kondo, though. The idea has been on her mind since they moved in and it was just time. Plus, Smethells adores thrifting—some of her spots in the Twin Cities area are Arc’s Value Village and Blue Bicycle Vintage—and she thinks it's "good thrifting juju" to put good stuff back out there.

"Sometimes it takes time to make decisions to let possessions go, but I keep going back to the thought of having things in your home, especially a small home, that you absolutely love," she says.

"I always reach for the same coffee cup, it's the perfect weight and I love the design, and I will reach through other coffee cups to get it...And I thought, what if all of my coffee cups felt like that, with that extra joy it would bring me when I make my coffee in the morning?"