A treat for the eyes

Bigwig Dutch firm OMA and its leader Rem Koolhaas recently unveiled the restored Fondaco dei Tedeschi, a major historic building in Venice, Italy with origins in the early 13th-century. The original structure was destroyed twice in fires, rebuilt in the 1500s, and once again reconstructed with modern concrete technology in the 1930s, Dezeen reports.

So what did OMA have to add? Well, since the building was granted monument status in 1987, the changes had to be minimal—though it certainly doesn't look that way. First, the firm introduced walls and staircases with gold and mirrored surfaces, which is reminiscent of another recent OMA project in Italy, Fondazione Prada. The interior, soon to host a department store, was partitioned throughout, though in a way that respects original flow of the building. The 19th-century pavilion hovering over the large central atrium also got restored steel and glass floors. Here, the contrast of vibrant and muted, polished and raw, is a visual delight. 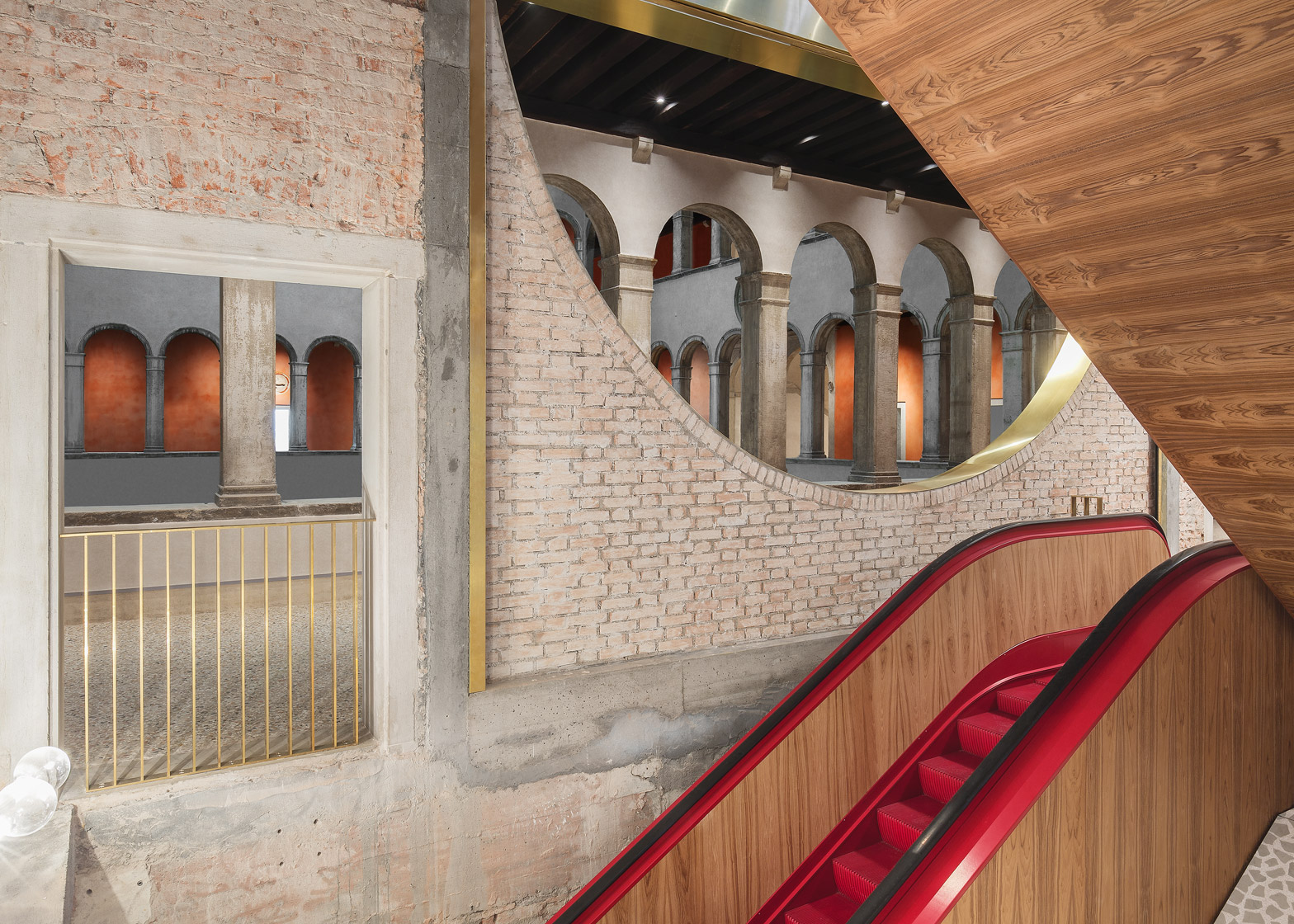 Next Up In Architecture