I lived in a Tokyo coworking space

Sleeping where I worked blurred my work-life boundaries

By Ellen Freeman Sep 28, 2018, 11:30am EDT
Illustration by Natalie Nelson
Part of The communal living issue

Ever since I was a kid, I’ve had a fantasy of sleeping in a tiny space, a cozy chamber just big enough to curl up in. I never imagined that the fulfillment of that fantasy would take place not in a romantic boxcar or a cupboard under the stairs, but in a bustling Tokyo office.

I used to live in Japan, so when a friend who makes an independent newspaper from a different city each month decided to do an issue on Tokyo, she hired me to contribute my childish Japanese and knowledge of where it’s okay to wear shoes. Our collaborators at Midori.so, a Tokyo network of coworking spaces, offered to put us up; the fact that we would be sleeping in the middle of its office got lost in translation.

I arrived before everyone else, dazed from the 15-hour flight. With an app, I unlocked the door to an open-plan office that took up the entire floor: glass-walled meeting rooms, floor-to-exposed-ceiling windows, and mismatched (but color-storied) tables, chairs, and sofas. Someone had left a note: Your beds are in the library. They meant “in”: sleeping nooks concealed within bookshelves, boxes slightly smaller than a twin mattress and just tall enough to sit up in, with suede curtains for privacy. I crawled in and passed out.

Cool offices around the world have incorporated nap zones and meditation rooms, but Midori.so’s beds are also intended for commuters who work late. They fit right in with urban Japan’s proliferation of cheap, impromptu domestic spaces—capsule hotels, all-night karaoke booths, internet cafes—the result of a confluence of minimal space, high rent, long working hours, and trains that stop running at midnight. My two collaborators and I were the first “digital nomads” to shack up at Midori.so long-term.

I was jolted out of my jet lag by the fluorescents coming on and the growl of a vacuum. This would be my alarm clock every morning around 7 for the next three and a half weeks, sometimes accompanied by the drifting strains of an international activewear brand’s transatlantic Skype team meetings. We brushed our teeth and did our makeup in the communal bathroom, we showered in the communal shower, and when we tired of 7/11 bentos, we cooked breakfast—complete with pour-overs made with the office’s stash of beans imported from Sweden—in the communal kitchen. Living at Midori.so was a manifestation of a picture book I had as a kid about a teacher who lives at school and sleeps under her desk.

The experience was a merger of coworking and shared housing; my new coworkers were also my new roommates. And maybe it was the fact that the only thing separating our sleeping quarters from 50 other people’s workspaces was a glass wall (we immediately papered it over with past issues of the newspaper and called it a “brand activation”), but it didn’t take long before I gave up on professionalism and slipped into oversharing the messier parts of life that I usually don’t put on display for coworkers—being hungover, braless, binge-watching Terrace House.

Japanese work culture is notorious for a lack of work-life balance; the phenomenon of karoshi, working oneself to death, has been well documented. At the high school where I taught during my previous stint in Japan, it was normal for other teachers to be in the staff room after dark, on Saturdays, or during summer vacation. When someone calls it a day in a Japanese office, it’s standard to leave with an apology to one’s coworkers for going home first. But in my experience, it didn’t matter whether you were getting actual work done for the whole 12 hours that you were at your desk; when a coworker nodded off into a pile of papers, rather than looking lazy, she came across as diligent.

“In Japan there are few freelance workers,” Midori.so’s founder, Teruo Kurosaki, explained to me over email. “People want to belong to some company; they want to be happy slaves. That’s a problem to me.” Kurosaki is a demi-guru of the Japanese contemporary design world, and when he created Midori.so, share offices (as coworking spaces are known in Japan) were still a radical idea. The original Midori.so location, an ivy-covered former apartment building, was meant to be a think tank for freelance creatives. It was inspired by the atelier Tokiwa-so, another apartment building which from the ’50s to the ’80s was the Chelsea Hotel of Tokyo manga artists.

It didn’t take long before I gave up on professionalism and slipped into oversharing the messier parts of life that I usually don’t put on display for coworkers.

In its relief from strict corporate codes and mandatory long hours, the freelance lifestyle promises a healthier work-life balance for Japanese professionals. By giving floaters an office, coworking spaces like Midori.so have started to legitimize the idea of freelancing in Japan; WeWork plans to have 12 locations in Tokyo by the end of the year. But while coworking spaces make freelancing look more like work, most try not to make it feel more like work. Like coworking spaces worldwide, those in Japan go for a casual rather than corporate environment. Working on the newspaper there, I saw how that laid-back atmosphere can fasttrack working relationships and collaboration, mitigating a lot of the isolation of freelancing.

The coworking space’s fluid environment also lets down the drawbridges between life and work. Though I took that to an extreme, members who weren’t living in the space also blurred the lines. Getting up in the middle of the night to pee, I’d tiptoe past the blue glow of someone’s midnight oil-burning computer screen. Coming back to the office at sunrise after a night of research at a hostess bar, I’d see someone making coffee for a round of Sunday-morning meetings. Providing 24-hour access to a workplace with comfy perks might just encourage us to work more.

The vibe was relaxed, but in terms of the hours, Midori.so didn’t feel all that different from my old school. I wanted to think it was crazy, but it didn’t feel that crazy. It didn’t feel all that different from my normal freelance life, when I regularly answer emails in bed with eyes at half-mast and take extended breaks in the middle of projects to paint my nails, get brunch, or hang up the laundry—except now other people were around to see it.

Many of us leave our 9-to-5s for freelancing with the expectation that it will give us back work-life balance. But the reality is that being our own employers means that our lives bleed into our work and our work bleeds into our lives. Sometimes this makes our jobs feel like our calling; other times it’s more like a “Working hard or hardly working?” cartoon.

After this three-week experiment, I think that work-life balance—a balance that might not even exist in traditional workplaces anymore—might look more like leaving our work, physically or metaphorically, at our desks when we go home. In theory, coworking spaces give self-employed workers like me that desk—as long as we don’t let ourselves get too comfortable. As I cleaned my stash of midnight snacks out of Midori.so’s fridge and prepared to go home to where, instead of living in my workspace, I work in my living space, I was ready to re-draw some lines between life and work. I don’t know if I’m going to join a coworking space. Maybe I’ll just start by setting up an out-of-office reply—at least for when I’m watching Terrace House braless.

Ellen Freeman is a freelance writer based in Mexico City, with writing published in Roads & Kingdoms, i-D, Lenny Letter, Ozy, Mental Floss, Perfect Strangers, Racked, and other online and print publications. She is the Deputy Editor of Broccoli Magazine and a co-creator of Muff Magazine. 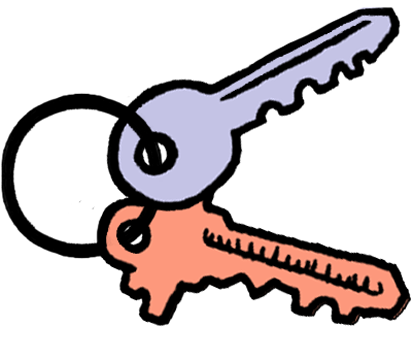