The Curbed guide to the world’s best design cities

Our digital age can make it hard to remember, but the world is still vast and still worth getting out into—especially if you love design. What better way to experience the best buildings, plazas, neighborhoods, and cities the world has to offer than to go?

You already know that Curbed wants its readers to love where they live. We want you to love where we live, too. That’s why we’ve asked writers based in some of the world’s most brilliant cities to dish on the best things to do and sights to see in their backyards. Come explore with us. Want to know where—and what—to eat on your travels across the globe? Our friends at Eater have all the intel. —Asad Syrkett 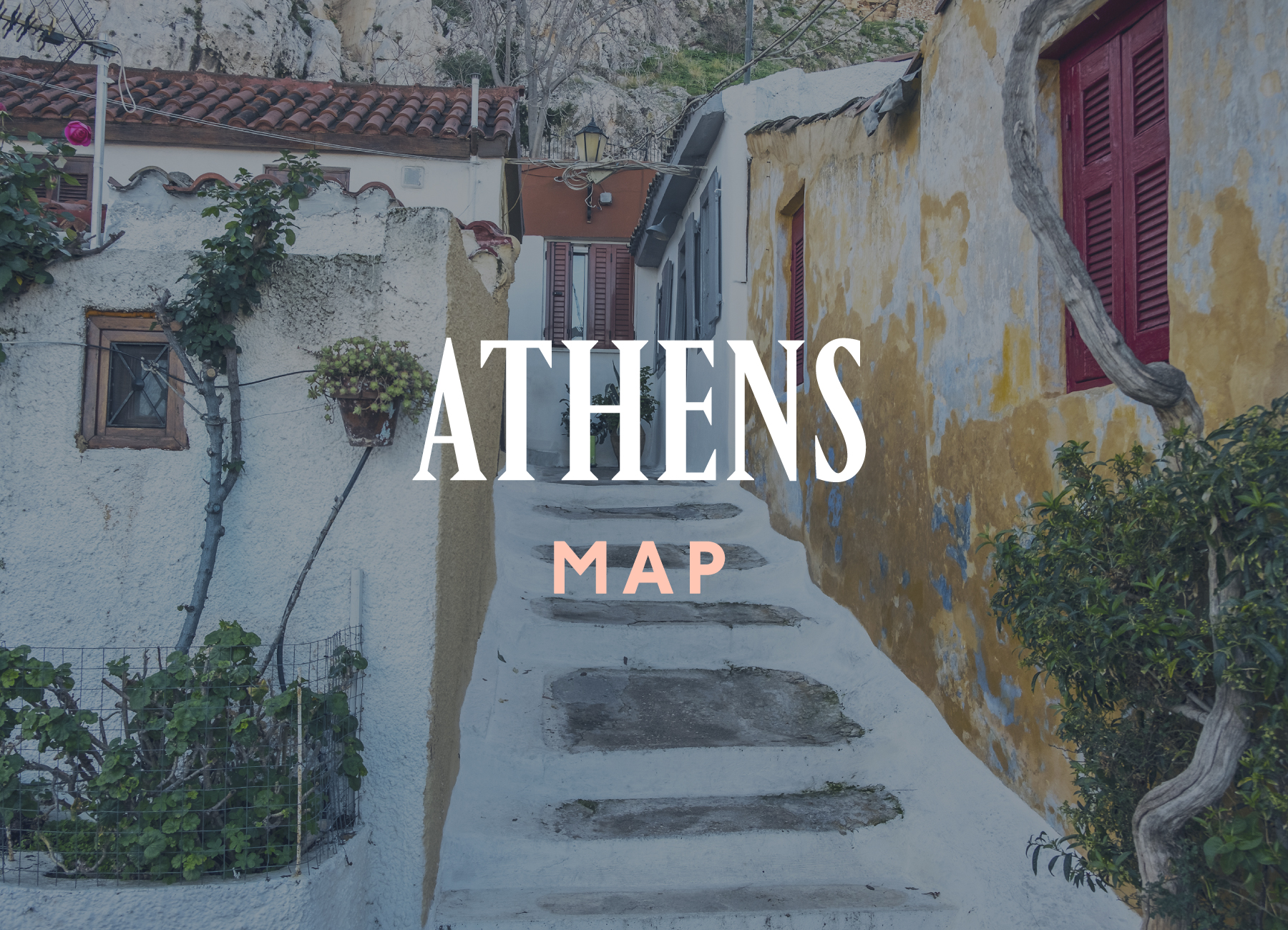 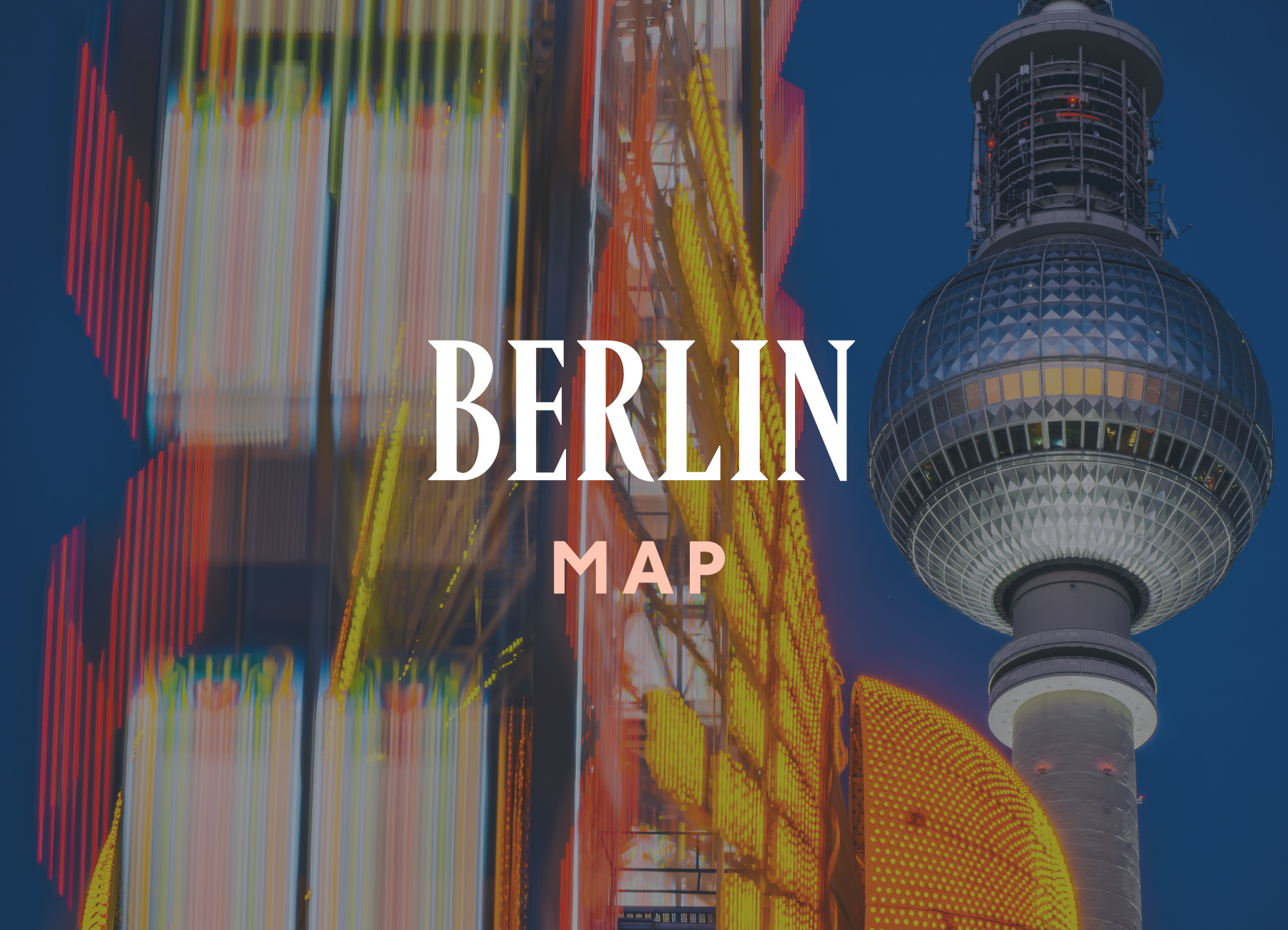 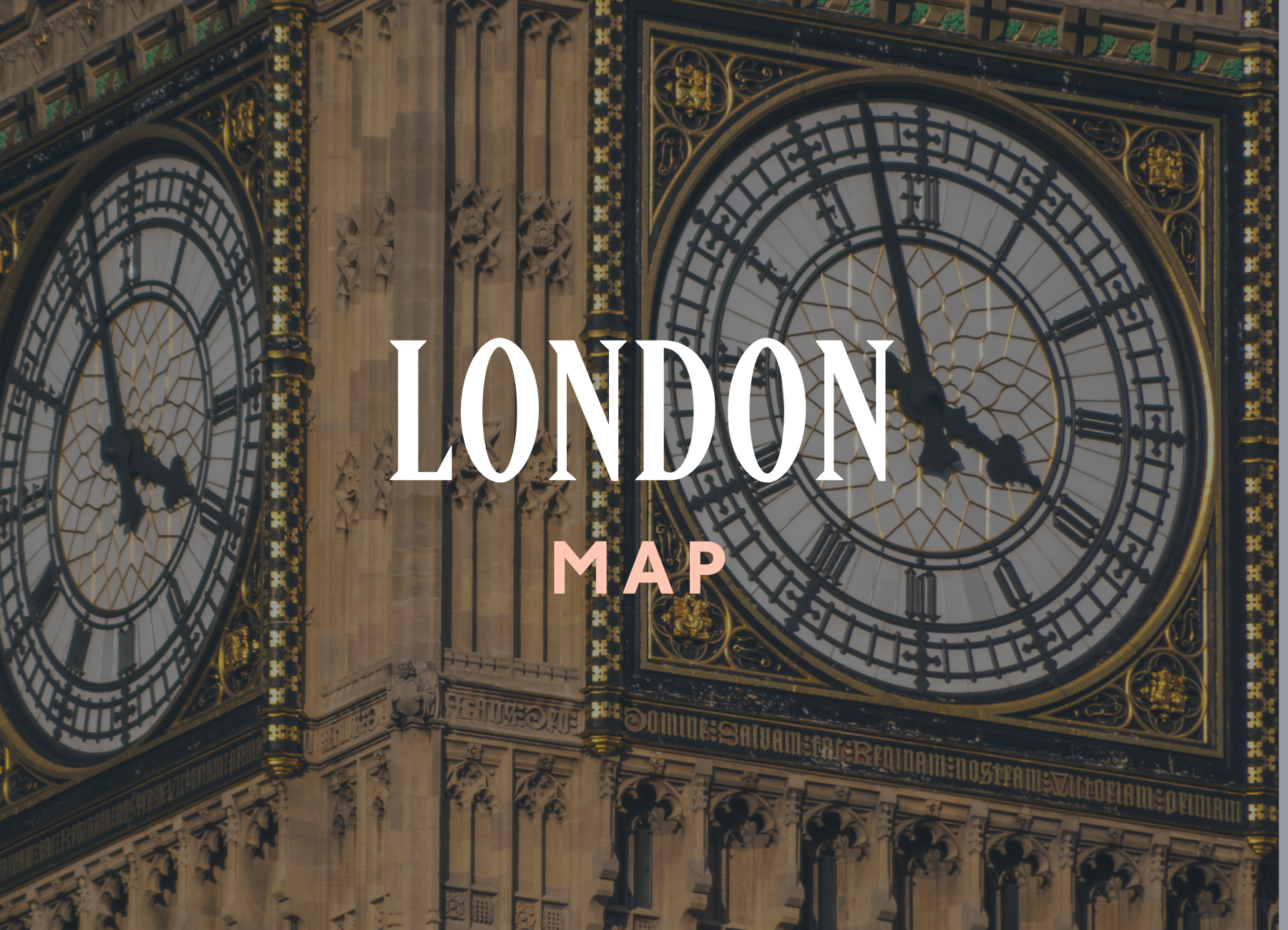 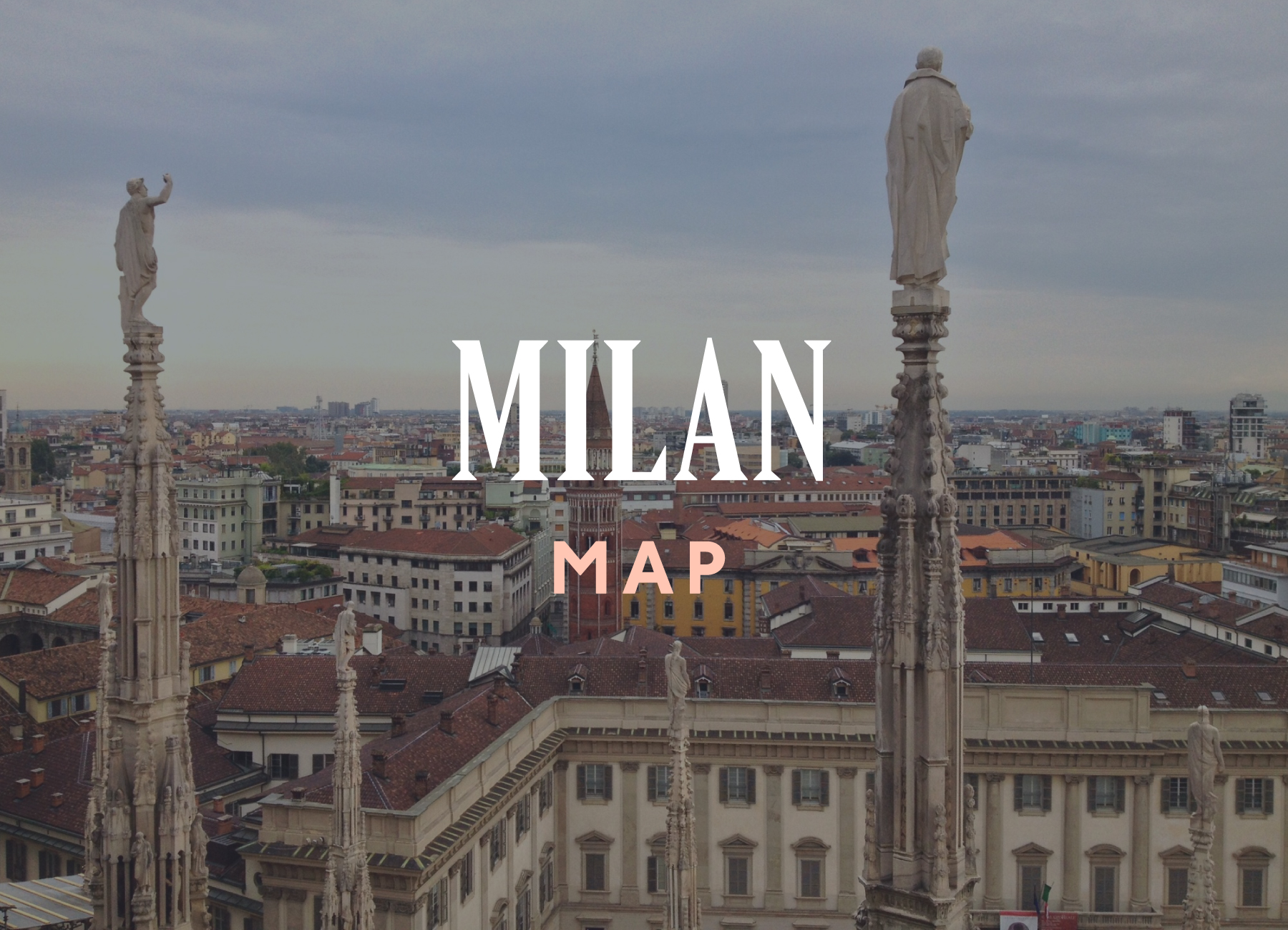 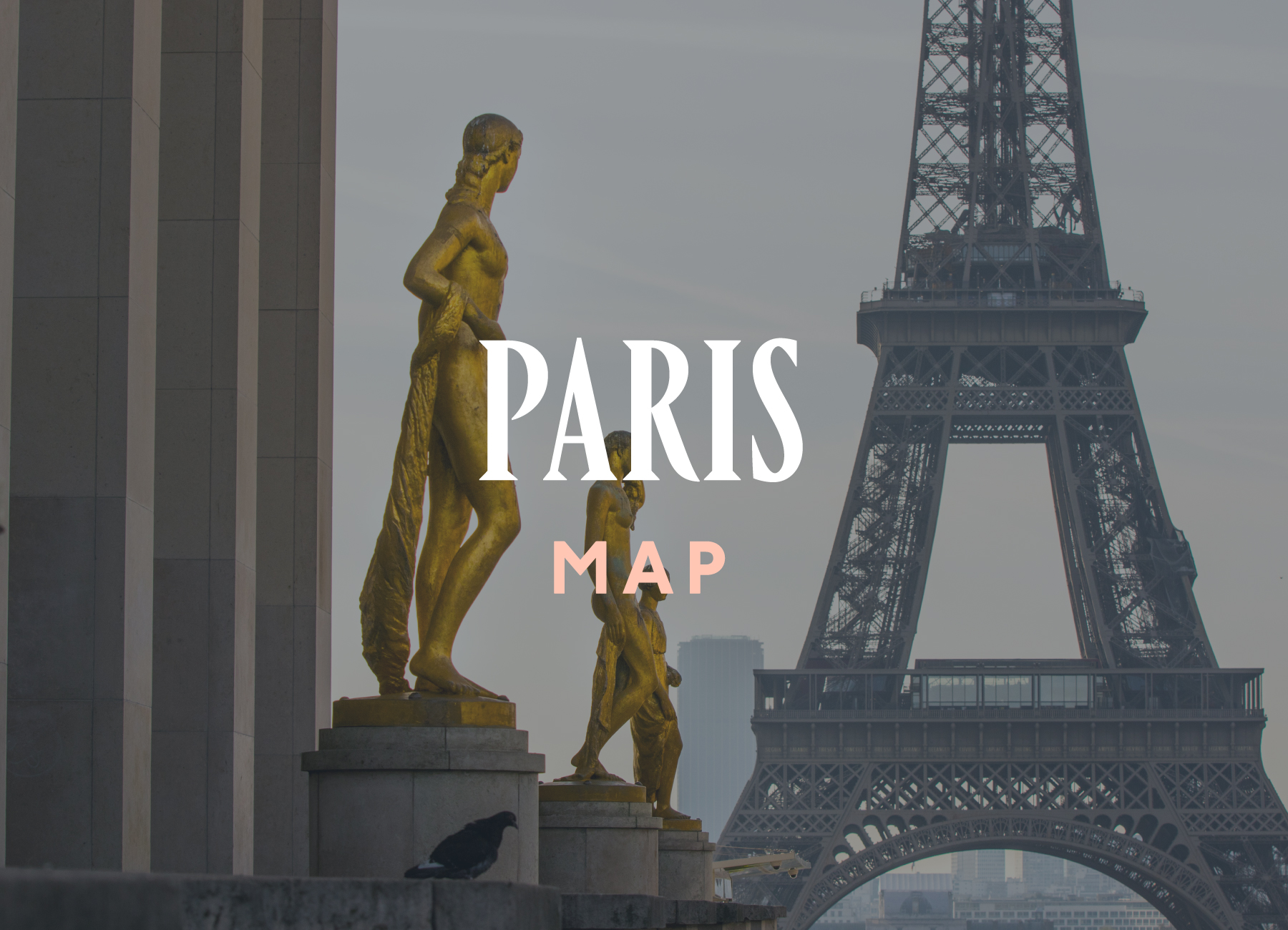 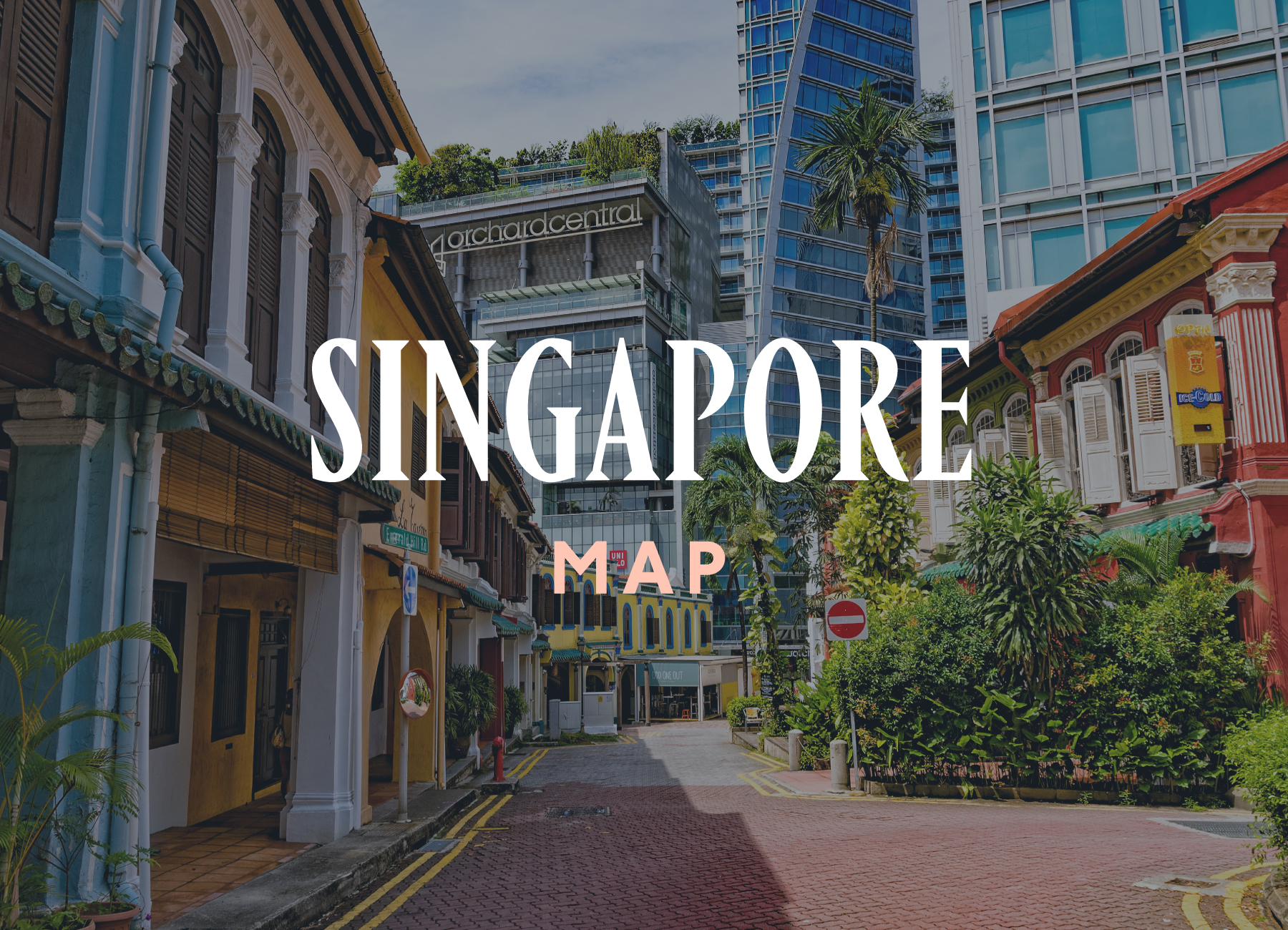 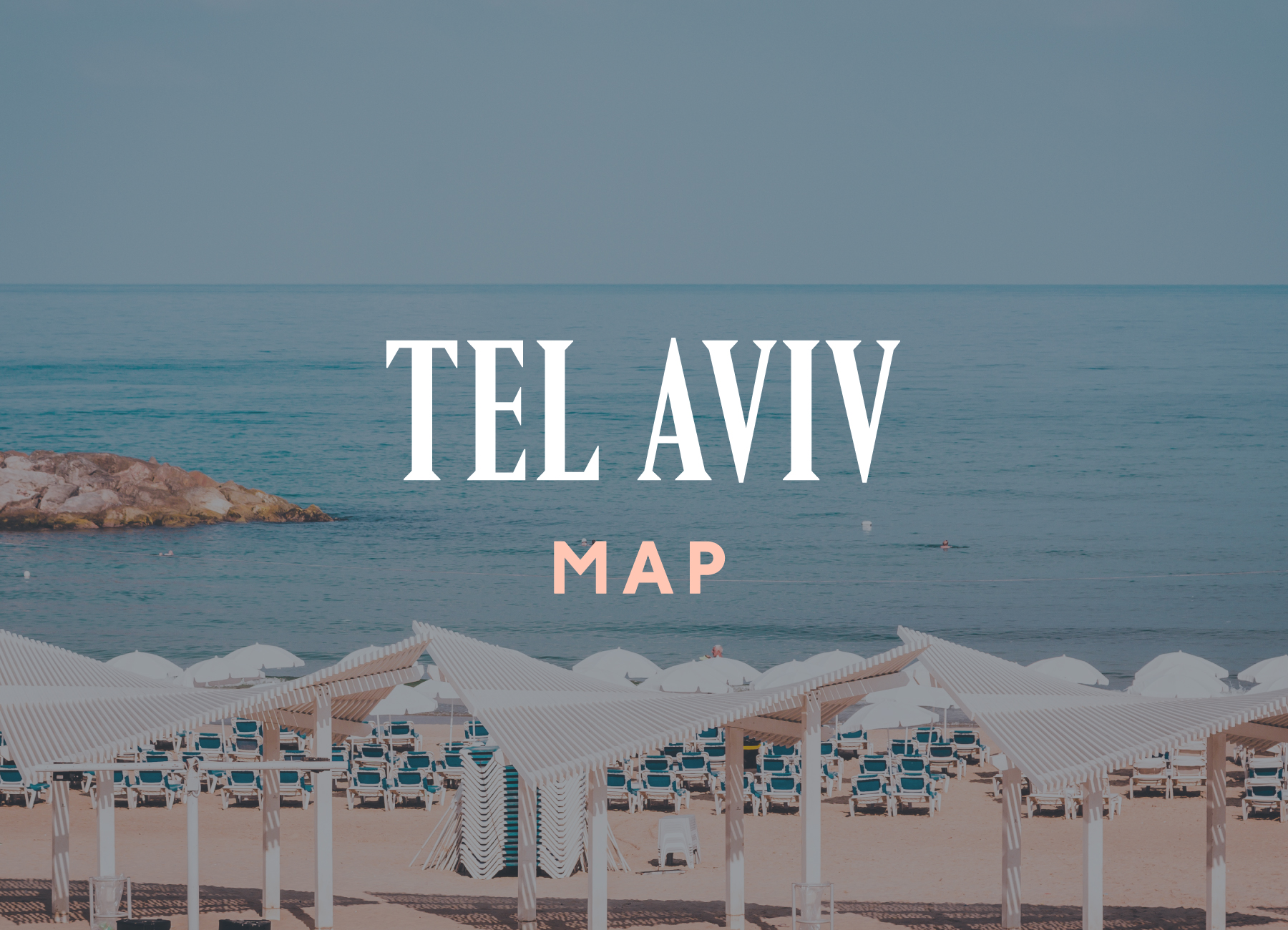 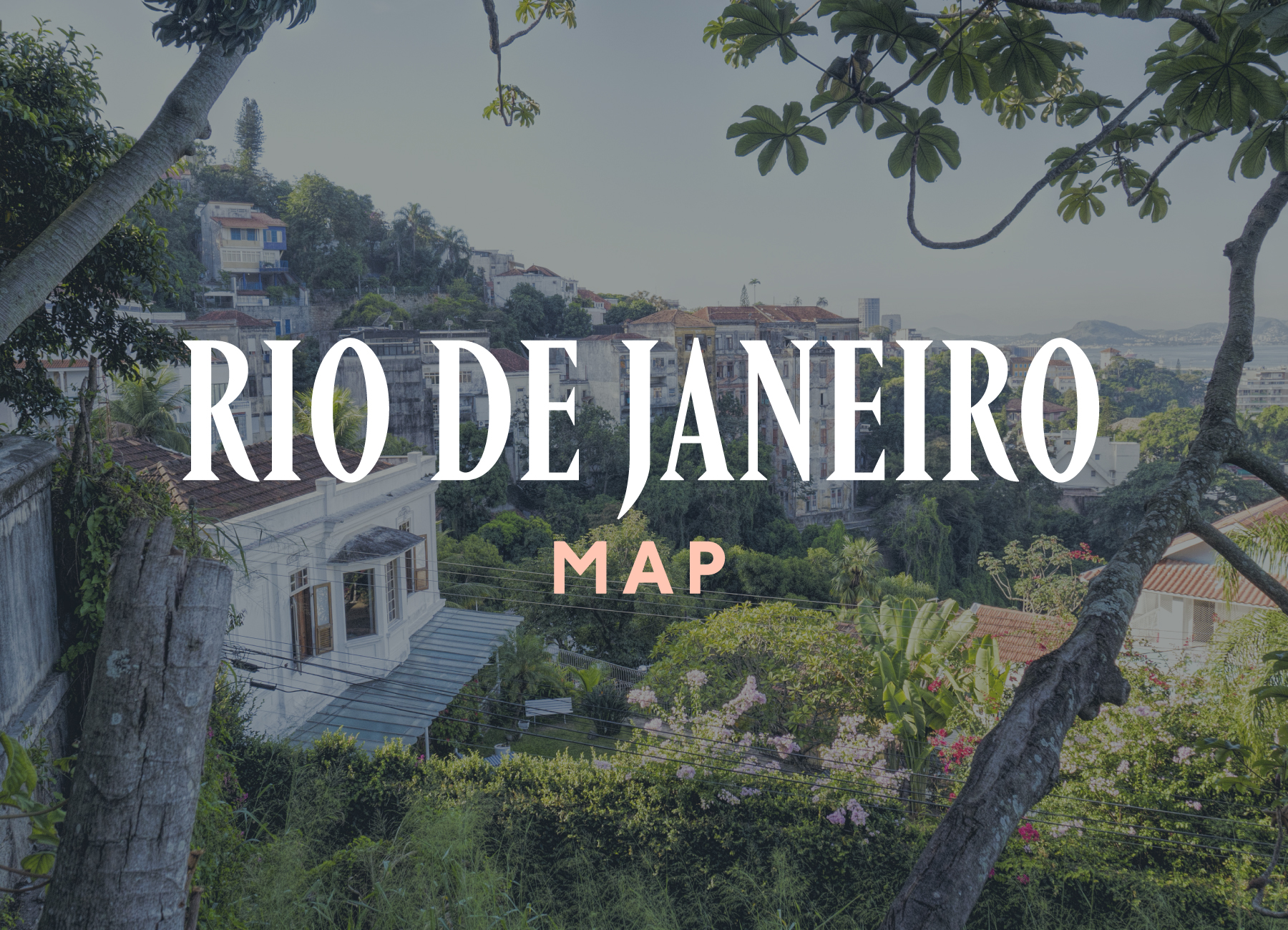 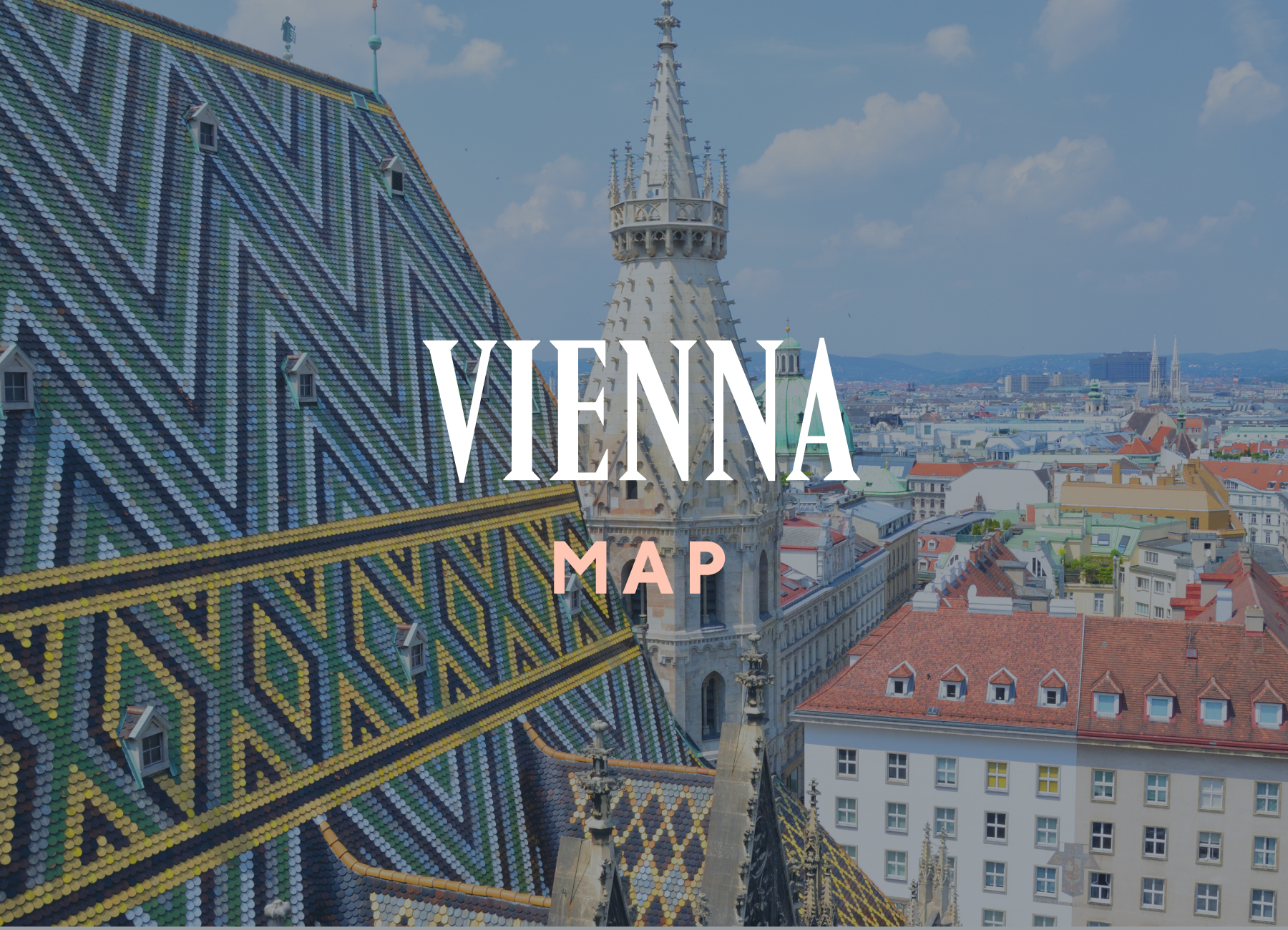 Depending on who you ask, Athens is either a stopover in between island hops or the center of ancient architecture.

Beyond its preeminent collection of Greek and Roman ruins, Athens is teeming with vibrant neighborhoods dotted with colorful graffiti, modern structures, and a crop of significant 21st-century designs.

Few travelers venture beyond the touristy Plaka neighborhood below the Acropolis, which means they’ll miss many of these 23 spots worth the walk or metro ride.

Berlin, known for a raucous club culture and cache of world-class museums, theaters, and cultural institutions, is in a class of its own when it comes to global cities.

Divided between East and West until the Berlin Wall fell in 1989, the landscape of the unified German capital is still marked by the turbulence of its complex 20th-century history. The free-spirited city has long attracted artists, musicians, and bohemians of all stripes, ushering in creative possibilities that continue to shape the city despite its rapidly rising rents.

For a city of three million people, Berlin has a laid-back vibe that lacks the frenetic pace of London or New York. While some areas are gritty—part of the city’s appeal—Berlin possesses an abundance of public parks, waterways, and lakes, making it especially ideal when the sun decides to shine.

Architecturally speaking, the city has plenty to offer. Certain areas were completely destroyed during World War II, creating an immediate need for infrastructure and housing. In addition to a variety of new buildings, the former West still features many modernist structures from the ’50s and ’60s, while the former East remains dotted with Soviet-style high-rises in all their drab charm. A host of repurposed pre-war buildings now house museums, galleries, and other cultural institutions, leaving lots to discover in this modern metropolis.

Crammed with galleries, museums, studios and design stores, the sprawling, multifaceted city of London offers design-minded visitors an almost endless list of activities. There are the usual suspects, of course, like the British Museum and the Millennium Bridge, but London is also brimming with secret gems you’re not likely to find on a standard guided tour of the city.

To avoid overload, we’ve highlighted 21 of the English capital’s most inspiring spots, from don’t-miss-’em lesser-known landmarks to off-the-beaten-path galleries, parks, and neighborhoods.

It’s true: Milan is not Rome, Venice, or Florence. You aren’t likely to turn a corner and stumble on the kind of picture-perfect scene for which Italy has become renowned among tourists. And that’s part of the city’s allure.

As the country’s capital of design—not to mention fashion and finance—Milan sets itself apart from the postcard-ready pack with a heady mix of post-industrial buildings-turned-galleries and grand apartment buildings with enviably chic courtyards (each one a visual delight—if you can get inside).

Because so much of what’s good about Milan hides behind the city’s stately facades, we asked a few savvy locals and frequent visitors to list their picks for the best spots to gawk, shop, and dine with design in mind, and mixed them in with our own recommendations gleaned from pounding the pavement terrazzo.

Paris has long been one of the world’s most-visited cities. From its incredible architecture and cobblestone-paved streets to its world-renowned fashion and esteemed cuisine, Paris well deserves its top position in tourists’ hearts.

But when it comes to exploring each of Paris’s 20 diverse arrondissements, there’s more—so much more—to Paris than the Eiffel Tower, Montmartre, and the Louvre. There are, too, the city’s hidden havens, tiny treasures, and secret rooftops, each of which is far less known to the world than the Musée d’Orsay or Notre-Dame Cathedral.

We’ve gathered a list of 30 of the best off-the-beaten-path museums, galleries, parks, design hotspots, and perches with wonderful views—organized by neighborhood, from the center of Paris outward. Each is an absolute must-visit on your next trip to the French capital. Trust us: We’ve asked a born-and-raised Parisian.

While Rio is famous for its unparalleled natural beauty, what’s less known is the passion with which locals and tourists celebrate the city year round—not just at Carnival and for global events like the 2016 Summer Olympics. “Carioca” is the term for Rio’s residents and way of life: enjoyment of sun and sand, samba dancing, and traditional meals of feijoada and barbecue.

Beyond the beach, the city is the site of important modernist architecture, old colonial history, nature preserves, and world-class landmarks. As any Carioca will tell you, “you must go to Rio.” And when you’re in Rio, these are the key sites, views, and activities to enjoy.

Once ruled by Malaysian royalty, then a subject of British colonial rule for more than a century, the city-state of Singapore has become a center of global finance since it gained its independence in 1965.

Beyond the glitz and glamour of the city’s Michelin-starred restaurants and starchitect-designed megaprojects, Singapore is home to a unique blend of Chinese, Malay, Indian, and Arab cultures, allowing visitors to feel as though they’ve traveled across Asia without leaving the island. The fusion can be experienced at every turn—whether walking along the bustling streets of Little India or sipping a cocktail in a speakeasy-style bar in Chinatown.

From 150-year-old gardens to award-winning new buildings, here are the 26 best things to do and see in Singapore.

Tel Aviv, with its rambling, spice-laden markets, cache of Bauhaus-style architecture (the largest such concentration in the world), thriving culinary scene, and eight-plus miles of beachfront, is a unique destination. Though its relatively small population may suggest otherwise, this gateway to the Middle East is on par with any large modern city.

Envisioned as an English-style “Garden City” with an abundance of parks and public spaces, the tropical metropolis became a testing ground for Bauhaus-trained architects fleeing Nazi Germany, design bona fides that lend Tel Aviv its nickname, “The White City,” and have earned it a UNESCO World Heritage designation. It’s well worth a visit.

Undeniably one of Europe’s most enticing—and sorely underrated—capitals, Vienna has something to offer visitors of all stripes.

A destination for those seeking stately Baroque or contemporary architecture, or cutting-edge culinary and modern art scenes, Vienna (population 1.8 million) prides itself on being a thoroughly modern metropolis that embraces its storied past.

While a walk through the city’s historic 1st district, home to many museums and notable points of interest, can feel like taking a stroll back in time, Vienna is also rich in icons of the 20th-century Art Nouveau (Jugendstil) movement—not to mention modern landmarks by contemporary starchitects like Zaha Hadid and Dominique Perrault.

Much of what makes the city buzz is outside its historic core, and each of the city’s 23 districts has something to offer, so we’ve cast a wide net to compile the 20 spots design and architecture lovers are sure to enjoy.