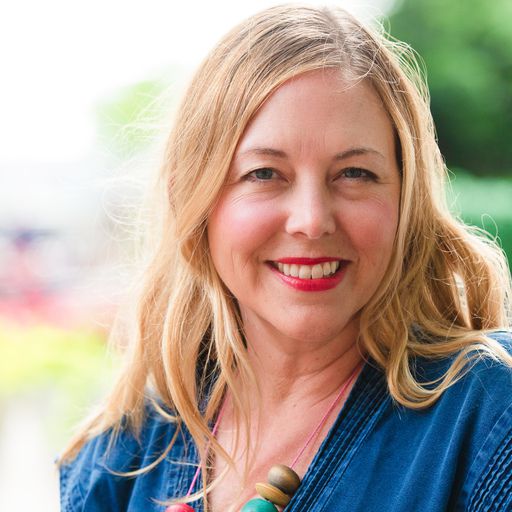 Alissa Walker connects people with where they live through writing, speaking, and walking. As the urbanism editor at Curbed, she authors the column Word on the Street, highlighting the pioneering transit, clever civic design, and game-changing policy affecting our cities.

For her writing on design and urbanism, Alissa has been named a USC Annenberg/Getty Arts Journalism Fellow and Journalist of the Year by Streetsblog Los Angeles. In 2012 her project Good Ideas for Cities was selected for inclusion in the U.S. Pavilion at the Venice Architecture Biennale. In 2015 she received the Design Advocate award from the LA chapter of the American Institute of Architects. She is also the co-founder of design east of La Brea, a nonprofit that has received two National Endowment for the Arts grants supporting its LA design events.

Alissa lives in Los Angeles, where she is a co-host of LA Podcast, a contributor to the KCRW show Greater LA, and a mom to the city's two most enthusiastic public transit riders.

Or maybe a trillion? Either way, it won’t do much to stop climate change.

Does L.A. Really Need a Gondola to Dodger Stadium?

A 2006 Heat Wave Was a Warning from the Future. Why Didn’t L.A. Pay Attention?

Deadly impacts of climate change on a hot city were clear 15 years ago.

Cuomo’s Scheme to Put 4,000 Cops in NYC Restaurants Would Be a Disaster

Nothing says health and safety like heavily armed city employees notorious for not wearing masks.

Walking Is Increasingly Deadly, and Not Because People Are on Their Phones

A new book on the pedestrian-death crisis busts myths and offers solutions.

The mayor shouldn’t let the tabloids bully him out of a good idea.

Is This the Saddest Pandemic Dining Experience in America?

I had lunch in a mall parking garage, and it was actually just fine.

The Boring Company’s "public transit" system has become a valet stand in a parking garage.

Urbanism Hasn’t Worked for Everyone

"Who are we city-making for? These ‘experts’? Or is it the other human beings who call that place home?"